The Mubarak Egyptian Gift Collection is a famous collection of jewels & precious objects from the Land of the Pharaohs. It includes Egyptian treasures and Ancient Egyptian Jewelry of national importance. 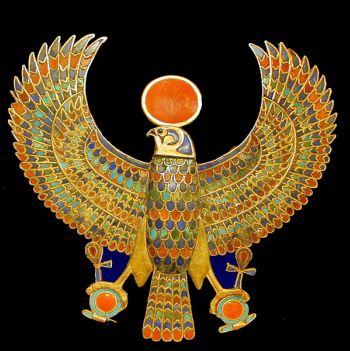 The collection is currently held in the National Museum of America in Washington DC.

At first blush, it would seem an appropriate tabernacle for such an Egyptian assemblage, as The National Museum of America is in close to the Ancient Egyptian Obelisk in Washington DC.

The Mubarak Egyptian Gift Collection includes Egyptian & Ancient Jewelry and precious objects, (some of the antiquity) sent, according to a recent article in the Egyptian magazine, Rosalyousef Daily, as gifts to five US presidents and various high ranking US officials from ousted President Hosni Mubarak, during his 30-year reign (1981 - 2011).

In each case, the gifts were accepted because refusal would cause embarrassment to donor and the U.S. Government.

This Pandora's box, however, is famous for all the wrong reasons.

It also did not go unnoticed, that in 2010, there was an increase in the volume of gifts, possibly due to the increasing tensions in the streets of Egypt. Gifts from the year 2010, included in the Mubarak Egyptian Gift Collection were the following:

1. A priceless box made of pure silver embellished with precious gems.

To: Joe Biden Jr. the 47th and current Vice President of the United States, serving under President Barack Obama.

2. A royal Ancient Egyptian box made of Alabaster with marvelous silver chains plus table cloths embellished with pure gold threads.

From Suzanne Mubarak to Michelle Obama, First Lady of the United States.

3. A gold chain embellished with diamonds.

To: Dr. Robert Michael Gates who served as the 22nd United States Secretary of Defense from 2006 to 2011.  Before this, Gates served for 26 years in the Central Intelligence Agency and the National Security Council, and under President George H. W. Bush as Director of Central Intelligence.

5. A historic jug plated with pure gold and an Ancient Egyptian gold pendant.

6. A rifle made of pure gold with gold bullets. 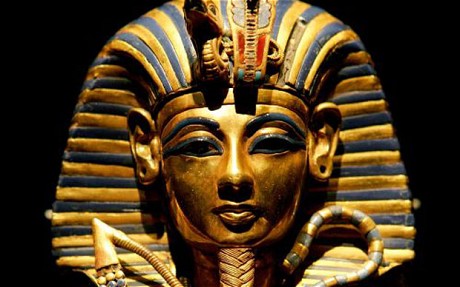 To: Mary Beth Long, United States Assistant Secretary of Defense for International Security Affairs from 2007 to 2009

To: Admiral Gary Rafhid, commander of US navy operations.

and to Gary & his wife from Hosni Mubarak and Suzanne, an Ancient Egyptian Bangle embellished with diamonds, presented in a box made of pure gold, accompanied with a letter of authenticity.

To: Stephan R. Angles (spelling may not be accurate) - FBI senior

10. Priceless historic 18th-century carpet measures 133 x 146 ( unit of measurement not identified in the article) made of silk embellished with gold threads.

To: US Vice president Joseph Biden

12. Other "gifts" from Mubarak are reportedly still under investigation.

Excerpts from the source article also go on to say:

The Supreme US court ruled (date unknown) that the Egyptian gifts were in fact, direct or indirect bribes.

The Supreme US court ruled that the Mubarak Egyptian Gift Collection be transferred to the archive of The National Museum of America to put in its right place for future American generations to record the story of an Egyptian dictator who tried to bribe the United States of America while he held the reigns of Egypt for 30 years, but didn't succeed.

Excerpts from the article have been translated from Arabic by Al-Australi Arabic Translating & Interpreting Service.

Request An Arabic Translation Quote By Submitting The Form Below -

Return to the top of Mubarak Egyptian Gift Collection