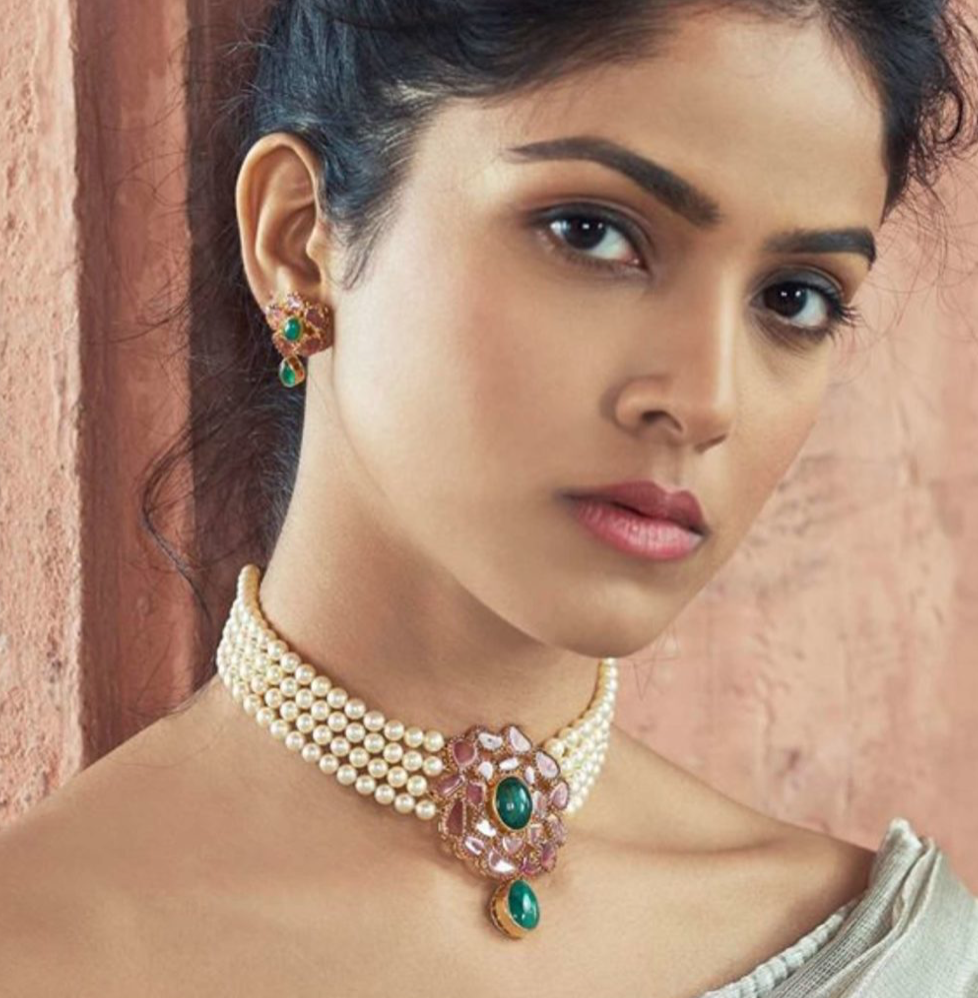 South Sea Pearls are considered to be the Gem of Queens and the Queen of Gems.  In the North West of Australia, in the warm waters off the coast of Broome, the Pinctada Maxima oyster produces these voluptuous,  white  pearls.

Feminine and warm, pearl connoisseurs go nacres about these types of pearls because while  diamonds may be forever the white south sea Pearl  is just so flattering to a woman's beauty.

Obscenely plump, these pearls  come in extra-large sizes and a variety of shapes and colors. The chart below shows the wide range of  shapes.  As you move from left to right  the pearls become less expensive.

The Shapes of Pearls

"South Seas" is a deceptive description  in reference to those pearls farmed in  the warm waters around Broome, in West Australia, where the finest white pearls in the world are produced because this geographical location is nowhere near the South Seas.

Australia is a gem paradise wonderland, both on and offshore and enviable host onshore to  Gem Opals and Argyle Pink Diamonds !

The "south sea" misnomer can be traced back to the iconic founder of Mikimoto Pearls, Mr. Mikimoto (It is now argued that Mikimoto was not  first to discover the pearl culturing technique).

Kokichi Mikimoto thought Broome in Australia, might be a good location for pearl farming. Yep, he was  right on the money there! You see, Mikimoto considered anything south of Japan, as the "South Seas". And so that is how the name "South Seas"  from South Sea Pearls stuck.

Mikimoto  was responsible for perfecting the cultured pearling technique in Japan and then successfully marketing  them to the world.  Mikimoto  changed the course of pearl history  in developing the technique and then stamped his name onto Cultured Pearls in the process.  There was now an affordable, yet realistic alternative to Rare Natural Pearls.

The Countries Where South Sea Pearls are Grown

The following are some of the world's finest producers:

The Shades of Pinctada Maxima

The species of oysters and the environment in which they grow are the main factors behind determining a pearl's color and complexion.   Australia Produces the Best White Sea Pearls in the World and that's exactly  why Australia doesn't have much competition for their white cultured Pearls. They can ask whatever prices they want for these high-quality beauties.

This  queen of gems  is  highly coveted for its rich varied colors.  Pearls from the Pinctada Maxima oyster come in shades of white, ivory, silver, blue, yellow and rich gold.

Pearls from the Pinctada margaritifera oyster, referred to as Tahitian or Black Pearls come in the shades of aubergine, blue, green and grey, all with various hues. Very rarely  ever true Black!

Every pearl reflects color in a different way, either boldly on the surface or hinting at color  from underneath the nacre. This pearl quality is called Sheen and often displays  beautiful iridescent overtones, oh baby - especially in the Pinks and Greens. 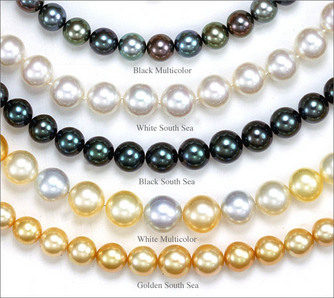 The Pinctada maxima oyster is the largest species of pearl-producing oysters. Measured in millimeters, they  range from 9 - 20+ mm with the majority falling within the range of 10 - 17 mm.  Above 17 mm? That's a  Pearl Orbcenity.

With this type of pearl, size  matters  and it matters a lot.. Indonesian, Myanmar Pearls and the Silver Lip of Tahiti are the largest species of mollusk capable of producing a Pearl.

In contrast, the Akoya oyster which produces the Japanese Akoyas tops out at 10mm, the White  Pearls from Australia, the black pearls from Tahiti (the primary island of French Polynesia) and the golden pearls from Indonesia and Myanmar have a minimum size of 10mm and a maximum of 20mm!

It is rare to find South Sea Pearls  smaller than 10 mm and larger than 16 mm. Non-drilled keepsake pearls are also available in the marketplace. But they don't come cheap. One large, perfectly round gem quality South Sea Pearl of 12 millimeters can cost several thousand dollars.

All types of pearls are generally measured using what is called a milli gauge which can measure the pearl within 0.01m accuracy.

In recent years the market has seen an increase in sizes under 10mm. These smaller Pearls, 8 millimeter, and 9-millimeter Pearls are used in "baby south sea pearl necklaces." The comparison chart below shows the size range of white South Sea  Pearls from Australia with Black Tahitian Pearls.

Return to the top of South Sea Pearls