In my country, we have a word, Saudade, which means something like a warm nostalgic feeling, thoughts of tenderness for something we miss dear...It's how I feel every time I listen to this heavenly piece of music...
Miguel Almeida 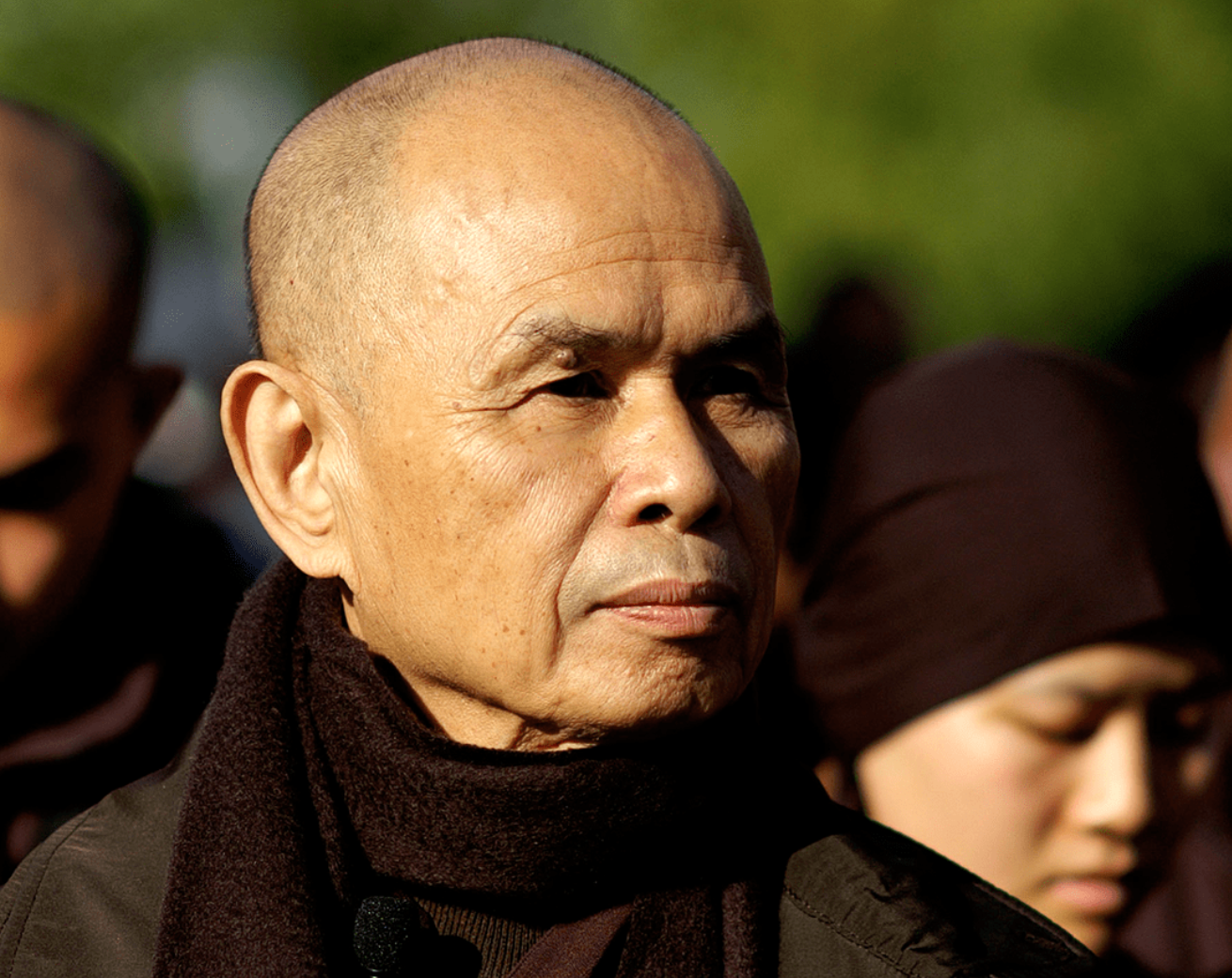 "It is astonishing that in so many communities – and not just in Australia – the elders and people with community authority, expertise and talent are bypassed in the rush to ‘fix’ the problems. We have witnessed this for decades in Australia’s Aboriginal and Torres Strait Islander communities. Policy ideas, (flung from afar) fall over each other to erase the previous work in an (often genuine) effort to provide the ‘solution’. That this keeps happening is astonishing because we know it’s not working."
Jane Vadiveloo  retrieved from:  http://www.childrensground.org.au/news/42/the-act-of-listening

Okay, folks. This is an Essay on the Power in Oldness and the glaring under-recognized advantage of Age.  So, if it's a bit early in the morning to be reading through a lengthy essay on  age discrimination under the lens of therapeutic communication, you might prefer diverting at this point and heading over to the Cameo Travel to Italy Tour and express your interest there instead. (Unfortunatley, this tour has been cancelled due to the corona virus pandemic)

The demographic profile around the world is changing inexorably. More and more people are becoming older, living much longer, and having fewer children. This will significantly change the population dynamics around the world.  Therapeutic communication has to seriously consider the relative shrinking of young, new people (The Millennium Project, 2006).

The   essay  evaluates  the power  in  age, concerning therapeutic communication in a rapidly changing demographics. It  considers the effects of a communication breakdown  due to age discrimination in  the  standard "therapeutic" communication health care model.   It concludes, that knowledge and experience  born from age,  collective wisdom (Bostrom, p. 15, 2013) and ethical decision-making should  be reconsidered in  the state of the future in health care and reconsidered  now.

In modern schemes of education, collective wisdom, ethical decision-making (Verne, 2008)  have been dismally undervalued (Verene, 2008). Age discrimination undermines ideas around collective wisdom and ethical decision-making in communication across disciplines and lifespans and, therefore, increases the probability of conflict and existential risk.  For example, there appear to be significant existential risks in some of the advanced forms of biotechnology, molecular nanotechnology, and machine intelligence that might be developed in the decades ahead (Bostrom, 2013, p.16).

If we have overlooked even just one such consideration in our communication challenge then all our best efforts might be for nothing - or less.  When headed in the wrong direction, the last thing needed is progress.  And, therefore, important to pursue such lines of inquiry as might disclose an unnoticed crucial consideration or a dismally flawed realization (Bostrom, 2013, p.21) in our quest for understanding the power in oldness, during an unprecedented accelerating change in a rapidly changing demographics.  (Millennium Project)

A flawed realization occurs if humanity reaches technological maturity in a way that is dismally and irremediably flawed. By ‘irremediably’ we mean that it cannot feasibly be subsequently put right. By ‘dismally’ we mean that it enables the realization of but a small part of the value that could otherwise have been realized. (Bostrom, 2013, p. 21)

Power in age  is  anchored in the rock-solid foundation of  ethical decision-making and collective wisdom,  human assets  that have been  dismally ignored by mainstream media in pursuit of young, new persons.   The  omission of experience  in western mainstream culture could end badly for us all;  it  could go down as one of the most dangerous acts of omission in history; the invisibility of older persons is a glaring omission. Let’s hope as we move into the great transition that Conway’s projection (2001) into the future of the media is right. "Ours could be the first century in history to turn media-heated sexuality into a universal bore."

Because of advanced new technology and therefore increased existential risks, can we afford not to consider the possibility that we may have overlooked a key element or have a dismal realization only of possibilities of profound importance, such as the power in oldness, to be harnessed effectively  in global coordination and communication? According to Deolitte, the AHRC has found Australian media to be a contributing factor in age discrimination and the invisibility of older Australians.   If humans are to successfully transition into the 22nd century, not  good, but great communication is needed and it’s needed now.

Age discrimination affects not only the net utility of a society but on a personal level, it undermines the person’s self-esteem, financial security, physical and mental health and what’s more, limits a person’s custodial duty to hand over and preserve the inheritance of humanity passed onto us by our ancestors and convey it safely to our descendants.  We do not want to be the failing link in the chain of generations (Bostrom, 2013, p. 23).

An increase in 5% in paid employment of Australians over the age of 55 would result in a $48 billion impact on the national economy every year.

Age discrimination robs the economy. How much do businesses alone lose through discarding experience and wisdom? (AHRC- National prevalence survey of age discrimination in the workplace, 2105) The growth in the number of older Australians provides significant benefits and opportunities for Australia. For example, older Australians are a large and growing consumer market for an extensive range of products and services.

Younger persons see older persons differently from how older persons see themselves. Misconceptions lead to barriers in therapeutic communication.  These barriers often are the result of different opinions as to the definition of age, related to false stereotypes resulting in bullying and discrimination  (Fact or Fiction? Stereotypes of Older Australians, Human Rights Commission, 2013).

Passive-aggressive bullying of older persons is the master of non-verbal communication and invisibility.  The Australian Human rights commission is taking age discrimination and negative stereotypes seriously and building bridges through the power of the internet to bring about a change of attitude concerning age discrimination. Active listening is a step in the right direction to improving negative attitudes.    (Australian Human Rights Commission, 2013) Bullying of older persons negates the power in oldness; it includes passive-aggressive responses and  ‘failure to respond (‘the silent treatment’), ignoring requests or failing to follow instructions or communicate information” (O’Toole, 2012, p.185).

Bullying is designed to create a negative view of the person in an attempt to destroy their credibility and reputation (Crossman et al 2011 in O’Toole, p. 184).  Particularly disturbing is the fact that bullying of older persons is usually passive-aggressive in nature and therefore not too easy to recognize. What’s more alarming is that passive- aggressive bullying of older persons is so pervasive in education, workplace and the community it can be viewed  as "normal"  even by older persons.

Many factors contribute to the effectiveness of communication between younger and older Australians.  Factors specific to the health care professional and factors specific to the receiver or the  ‘audience’ (O’Toole, 2012,  p.  7). Factors include bridges and barriers, effective and ineffective listening, verbal and non-verbal techniques. The sender, health professional or teacher, can enable or disable therapeutic communication.

Unless you have been living under a rock or you are an older person in denial of the power in oldness, possibly  because of negative stereotypes, a new age has dawned in the transition to a global, coordinated community and it’s premised  on age.  Can therapeutic communication bridge the age divide on the democratic Western landscape and deconstruct the barriers and negative stereotypes that are threatening our future and preventing many amazing people from reaching their full potential in education, the workplace, and the community? (AHRC, 2013).

If we do not see or know that something is possible, then we will not try to make it happen. Will therapeutic communication  recognize the  power in age, and that age discrimination and the consequence, the dismal undervaluation of wisdom, is as an existential risk, build bridges to equal opportunities regardless of age, in education, the workplace,  and community? Can we consider the possibility that collective wisdom and its descendant ethical decision-making might be important considerations in discussing therapeutic communication in the state of the future? Paradoxically, younger persons  are depending on it.

Feel free to use any part of this essay but please remember to reference or link back  to this page.  Thanks for reading.


Power in Oldness In Reflection

Kolb published  his learning style in 1984. (Mcleod, 2013) There are four phases in the cycle. During the reflective observation stage of particular importance, are inconsistencies between the experience and  understanding.  Morrison and Robinson,   in a seminal work, claimed (1997) that feelings of violation are the result of an interpretation process, known as sense-making, wherein the individual attempts to derive meaning from a perceived breach of obligation. Sense-making occurs when one’s expectations of events are incongruent with one’s perceptions of actual events. The discrepancy between expected and actual events stimulates information seeking, explanation, and interpretation.

Personal Sense-making during the reflective observation stage gave rise to the understanding that the causal consequence of age discrimination comes with a heavy price tag -  the loss of collective wisdom.

Barry Schwartz: Our Loss of Wisdom

discrimination in the workplace.  Retrieved from https://www.humanrights.gov.au/sites/default/files/document/publication/AgePrevalenceReport2015.pdf

The Millennium Project (2006) Education and Learning Possibilities by the Year

Return to the top of Power in Oldness