The words "Lest We Forget" form the refrain of the poem - "Recessional".

The words offer a warning about the perils of arrogance and the inevitable decline of imperial power, written only 15 years before the Passengers on the Titanic boarded that fateful ship.

"Recessional" is a poem by English short-story writer, novelist and poet laureate, Rudyard Kipling, composed for Queen Victoria's Diamond Jubilee in 1897. The Victorian Era in the History of Jewelry.

The poem expresses baronial pride in the British Empire, but intense sorrow, lest we forget, Empire might go down in vainglory, like all previous empires.

The writing of Kipling leaves a lasting impact. In 2010 the International Astronomical Union approved that a crater on the planet Mercury would be named after Kipling – one of ten newly discovered impact craters observed by the MESSENGER spacecraft in 2008–9. 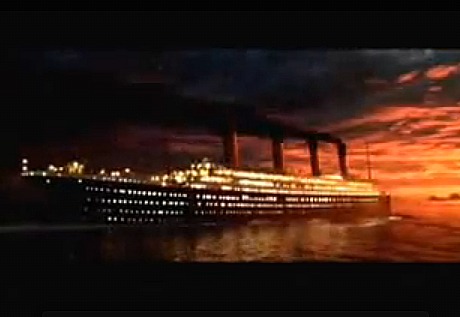 Passengers On The Titanic

God of our fathers, known of old

Lord of our far-flung battle line

Beneath whose awful hand we hold

Dominion over palm and pine

The tumult and the shouting dies

The Captains and the Kings depart

An humble and a contrite heart.

Far-called our navies melt away

On dune and headland sinks the fire

Lo, all our pomp of yesterday.

Is one with Nineveh and Tyre!

Judge of the Nations, spare us yet,

If, drunk with sight of power, we loose

Wild tongues that have not Thee in awe

Such boastings as the Gentiles use,

Or lesser breeds without the Law

For heathen heart that puts her trust

In reeking tube and iron shard

All valiant dust that builds on dust,

And guarding calls not Thee to guard.

For frantic boast and foolish word,

Thy Mercy on Thy People, Lord!

Return to the top of Lest We Forget

Return to Passengers on the Titanic