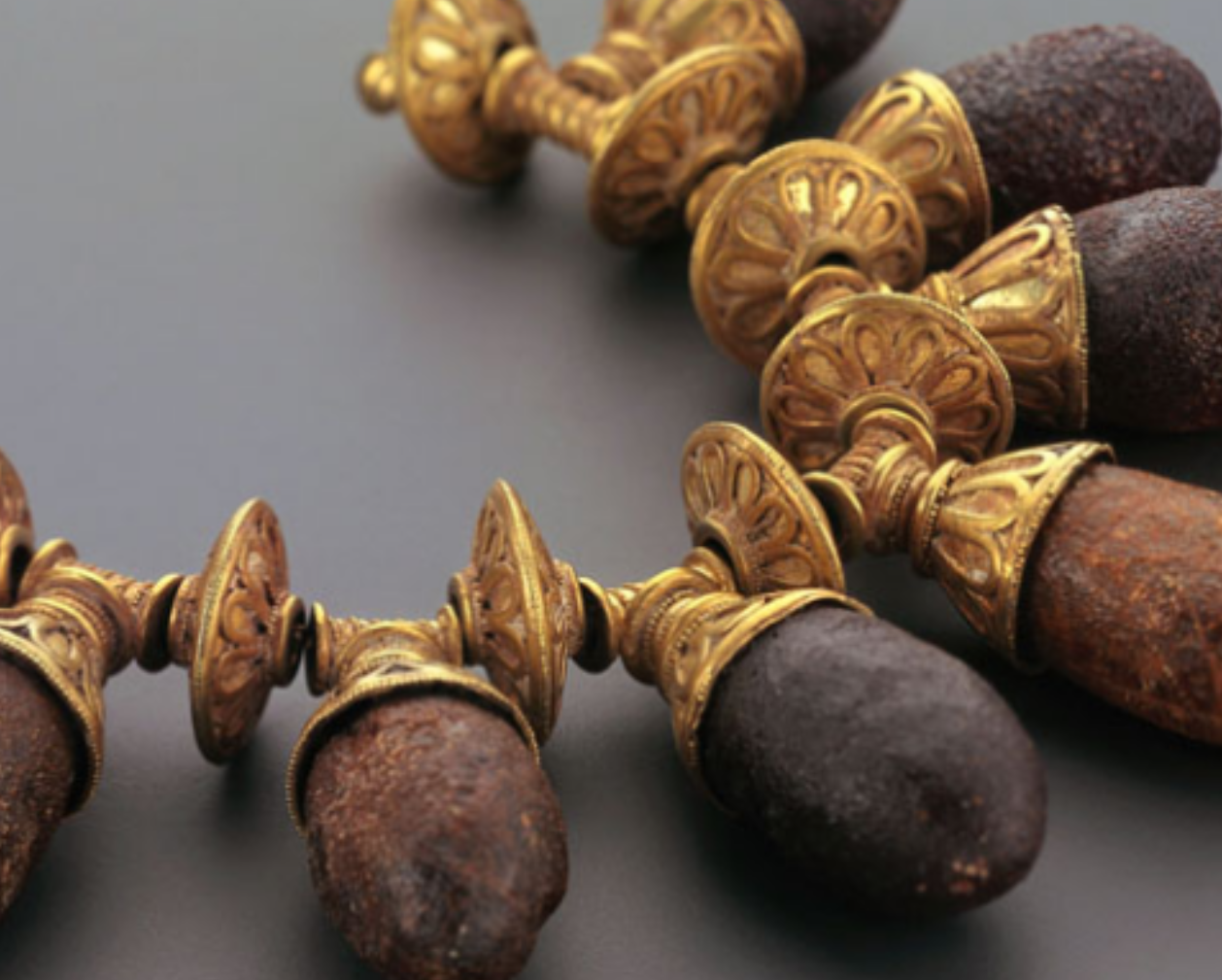 Amber gemstone is said to be one of the oldest gems known to man.   Amber  is the fossilized, hardened resin of  trees, mostly found in conifers.   Some amber specimens date back as far as 100 million years, thus allowing scientists to study extinct species in great detail.

Ambragialla  is an old  16th-century Italian word for the Gem Amber.   A less common term for Amber is  Succinite. This  gem not only delights the eye but uplifts the spirits and some people believe it  even offers protection.

Amber's prehistoric origins have caused it to be the  source of fascination and intense study.   Gemstone meanings and  healing lore say that Amber, is physically  "protective" and can protect the wearer from electromagnetic radiation (especially x-rays),  the sun rays,  and even computer radiation! What?!  In fact, it's qualities are so special that some Asian people and American Indians,  consider Amber  to be a sacred healing stone.

In Old Norse mythology, the magical Brisingamen Necklace, was made of  Amber and glittered like a constellation in the sky around the goddess, Freyja's neck. The famous Brisingamen necklace made of amber  is emblematic of the fruits of the earth.

Together with Moonstone, Natural Pearls, Coral and Jet,  Amber is classified as an Organic Gem. It is also classified  as an  "exotic" in the list of gemstones.

Throughout antiquity to the present day Amber has been appreciated. Because its hardness is low on the Mohs Scale of Hardness it rarely survives and is prone to decay. The main source of supply was the Baltic coast. Trade routes brought it to the Mediterranean. Greek and Ancient Egyptian craftsmen used Amber, likewise the Etruscans, until 500 BC, when the supply stopped and the gem went out of fashion. Amber has slowly regained in popularity and was appreciated by the Victorians in the 1890s.

Over 90% of the world's Amber is found in Russia on the Baltic Sea.   More than 50 million years ago, there were trees, taller than the redwoods of today, that grew along the shores of the Baltic Sea.  As a result of glaciers, the trees were swept into the sea and there they solidified under ice and pressure. And it's in this resin from these trees where the amber is found.  Amber is also found washed up on the seashore, because its relative density is such that it floats on saltwater.

Ambragialla or Amber may include inclusions of insects, petals of flowers, seeds, and bark that have been locked inside for thousands and even millions of years. Included material increases the value of Amber.  Intact frogs, lizards, snake skins, bird feathers, the hair and bones of mammals, various plant materials and insects have all been  better preserved than any royal tomb  thanks   to Amber.  Genetic scientists are interested in this stone for the possibility of DNA sampling.

There have been ancient specimens of fossilized amber, in which  DNA has been extracted from the fossilized organisms and then compared with that of its modern-day counterparts!

Once a gemstone or mineral has been removed from the earth, it can't  return.  They  can talk all  they like about "sustainable mining methods"  that ah..protect the environment?!

Over the past century more than 100 million tons of waste have been discharged into the Baltic Sea from the Palmnicken (Yantarny) mine. The insoluble toxic waste product causes high turbidity  appearing as thick, cloudy matter covering the surface of the Baltic Sea which threatens the survival of precious Amber Gemstone.

It's like  the term, 'sustainable economic opportunities'  created by slick marketing campaigns.   When it comes to natural gems and minerals we cannot truthfully talk about a sustainable product with the exception  of  - Antique Jewelry that doesn't cost the earth.

The Colors of  Amber Gemstone

What determines the color of Amber? The color of Amber  depends on the depth of the water into which the tree, the source of Amber originally fell,  possibly millions of years ago.   Normally it is a golden yellow  or light-yellow to honey color but can be  all shades in between including  brown and red-brown hues, the latter of which are  known as Cherry Ambers. The more interesting pieces of Amber  contain a mixture of shades.  Amber gemstone can be translucent, opaque or a mix of both.

The strange quality of Amber lies in its weight. Genuine Amber  looks a lot  heavier than it really is. When you hold genuine Amber in your hand, you will be surprised how light it feels - a large, chunky Amber necklace can be worn with ease and comfort.  That's one of Amber gemstone's special qualities.  Amber  floats of salt water.

There's an abundant supply of counterfeit amber in the market-place  despite that it's quite easy to spot an imposter.  Time-saving tips on how to identify Genuine Amber can be found  Here...

Imitation Amber that even includes  inclusions has been produced for at least 600 years.  Fresh resins, synthetic polystyrenes, bakelite, epoxy resins, celluloid, colored glass, plastics, and polyesters have all been used to make imitation Amber.

Amber is a soft mineral on the Mohs Scale and prone to decay.  To preserve the life of Amber care for this gemstone, in the same way,  you  would care for Pearls...

Protect Amber, Pearls, Jade gemstone and Opal Gemstone Jewelry from perfume and hairspray.  A bath of warm water and gentle detergent is all that's needed to clean your Amber gemstone jewelry.

Purchase Amber Jewelry from a trusted source. A good book on Amber will increase your knowledge of the subject and add to the pleasure you  experience when wearing and investing in Amber Gemstone Jewelry.

Return to the top of Amber Gemstone