"Aurora Australis"
Back to Black Opal! 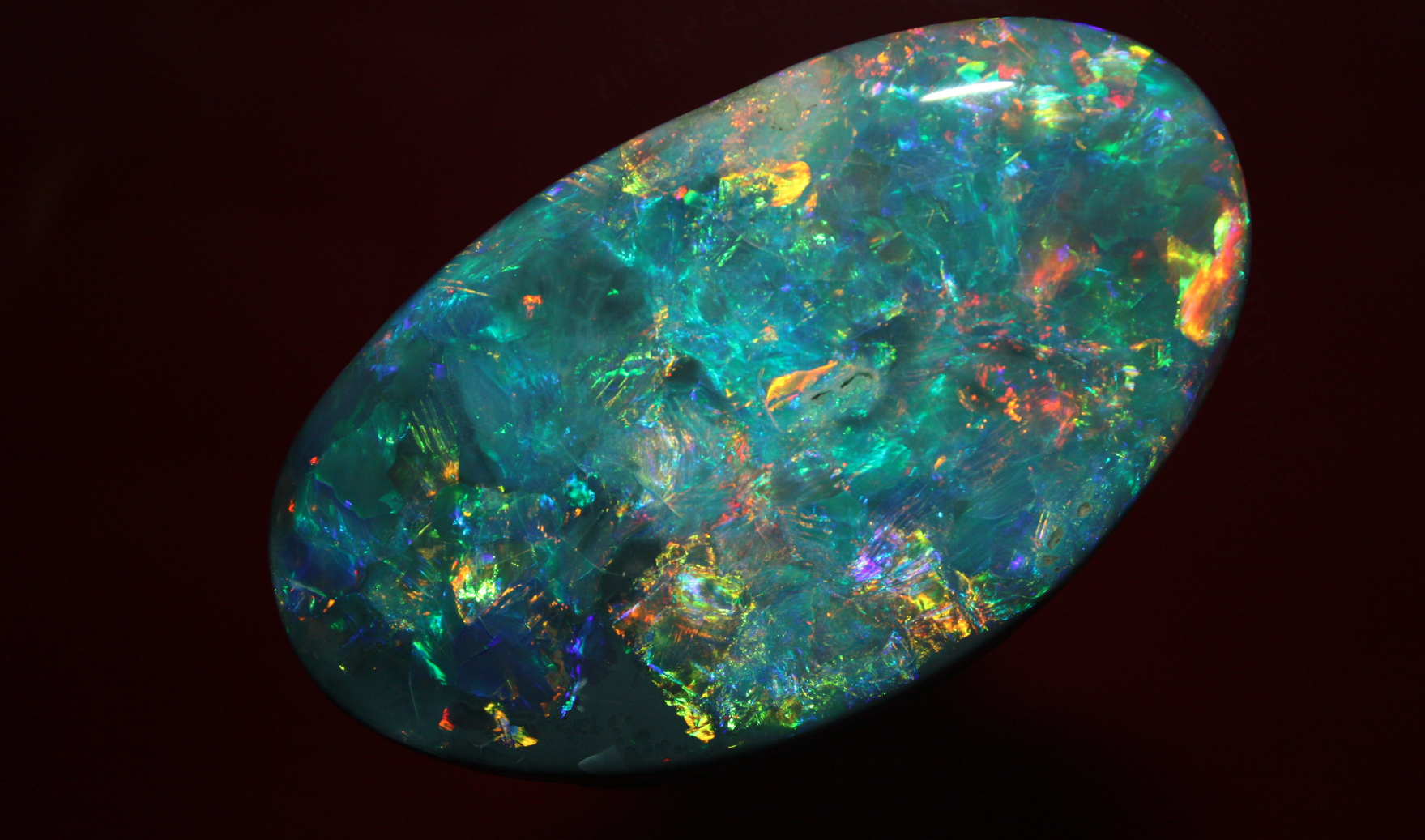 The curtain raiser for June Jewel of the Month 2012 is Gem Opal - Aurora Australis Opal. This Opal that calls Australia home is considered to be the best black opal in the world.   And if you too are wondering what on earth  "Best Black Opal" actually means - well, it's all about COLOR!   To call an Opal,  "black"  is very misleading.  The old-timers down-under called Opal -  "Color" and I think that term  is  far more descriptive of this gem's spectacular optical properties.

June Jewel of the month 2012 was found in 1938 at Lightning Ridge in New South Wales, Australia, the world capital  of black opal. The opal rushes of the past have left Lightning Ridge in Walgett Shire with a multi-crater crust honeycombed with tunnels below the surface. 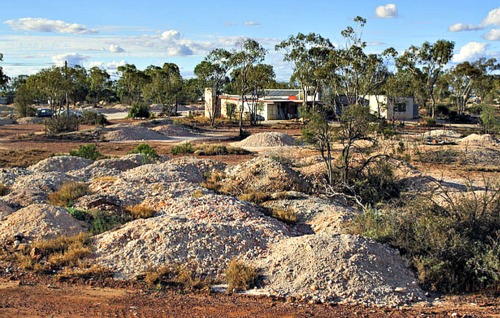 Visual observation is all that's needed to identify black opal. The colors are so strong and brilliant. The reverse of the Opal is normally dark grey but never true black.  Some of the patterns of colors, these opal displays are:  "Pinfire" "Harlequin Flash" or "Rolls".

Aurora Australis opal that features the Harlequin Pattern was purchased by Altmann and Cherny, who cut and polished the opal into its oval shape. The opal's rarity is due to its size and vibrant color play. It weighs 180 carats and measures 3 inches x 1.8 inches. This gem opal  is valued at AUD$1,000,000.

June Jewel of the Month 2012  - "The Aurora Australis" is owned by Altmann and Cherny and is on permanent display in their Sydney showroom at 19 - 31 Pitt Street, Sydney.

Opal is considered a precious gemstone and  was chosen for the centerpiece in  many a fine antique victorian pendant, ring or bracelet. Queen Victoria had a soft spot for Australian Opal and everything Queen Victoria liked her loyal subjects followed. The frames of these pieces are usually made of gold and precious metals.  Antique Jewelry & Estate Jewelry is made of old-gold-the new green and is an ethical choice that respects nature as a resource.

Gold and silver, as the principle monetary metals, as well as platinum and palladium (secondary monetary metals) will be part of the formula that determines the fair value of any future global currency. http://www.marketoracle.co.uk/Article27347.html

Advertise your Jewelry business or related service in the Middle East. Did you know that the Middle East is now amongst the top three largest consumers of jewelry in the world? China and India are leading the pack...

Return to the top of Return to Jewel of the Month

Join Us on the Cameo Tour to Italy this Year! Express Your Interest. Fill in the form on the Antique Cameo Page Here...