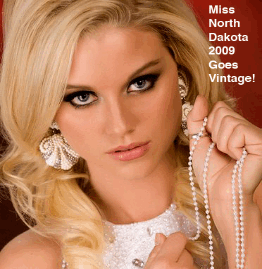 Costume Jewelry Designers Part 1 are listed in alphabetical order and the subject is divided into Two Parts.

Identifying Costume Jewelry Part 2 continues to circle the sciences of the finest costume jewelry designers of the time and the unique methods of construction and materials, employed in the designer's "signatures".

The information will be of benefit in the identification of authentic Designer Costume Jewelry in general.

As you advance, you'll develop a certain kind of "expertise" in identifying costume jewelry, according to the particular designer's preferences, what I call, their individual "signatures" which is a different thing altogether to their jewelry marks.

Inspect the jewelry all over for any signs of damage, missing stones, flat or discolored stones and chipped enamel. Check to see if the piece is signed or not signed. Costume jewelry is not always signed.

Many unsigned pieces are extravagant, beautiful, rare and valuable. Elsa Schiaparelli did not sign her work before 1930. Miriam Haskell, Chanel and Elsa Schiaparelli set trends for the rest of the fashion world to follow.

Eisenberg started as a clothing company that made pins that were everything to an evening dress. As the pins proved so popular they were then sold separately. 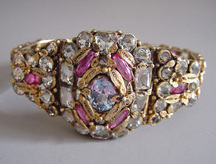 The company was founded in New York by the son of a Parisian goldsmith. 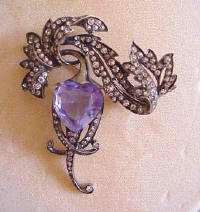 Marcel Boucher learned fine jewelry skills from working for Cartier and his pieces are so well made they are often mistaken for the real thing.

French by birth, Marcel Boucher became one of the finest US costume jewelry designers and makers. 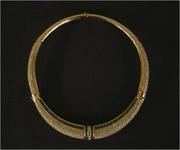 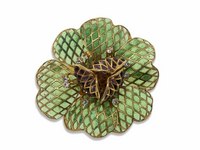 For three generations, The Gripoix family has made poured glass jewelry under its own name and for fashion houses, Chanel- Costume Jewelry and Dior since the mid-1920s. 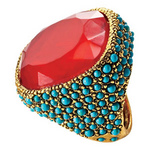 Bright, bold, elegant and affordable designs. Lane began making jewelry in 1963. Pieces made up to the late 1970s are most collectable. Kenneth Jay Lane's "cinderella" philosophy -"Wearing costume jewelry is like wearing glass-slippers. You can feel like you're going to the ball, even if you're not."

Elsa Schiaparelli founded a fashion house in Paris in the early 1920s and drove costume jewelry to the cutting edge of fashion.

There is a lot of fake Weiss costume jewelry on the market.

Find out more about the Weiss deception HERE. 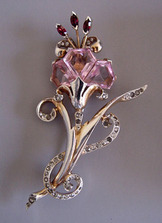 Joseph and Louis Mazer, from late 1927 in New York City, made affordable, simulations of expensive jewelry. In 1946, Joseph set up his own company, marking his work "Jomaz."

Click here to continue to Part 2 of Identifying Costume Jewelry